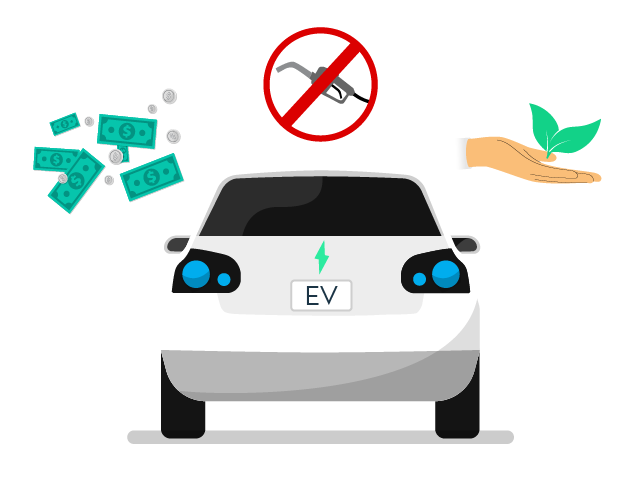 Whats Stopping You From Buying an EV?

Date Created:
Jul 25, 2022
Date Last Updated:
There are many reasons that people state why they aren't going to make the switch to electric vehicles, but what many people think are major downsides or drawbacks aren't actually as truthful as people think. We decided to look at four of the biggest reasons people say they can't go electric and see if there is any truth to these reasons.

Electric vehicles are only going to increase in popularity over the next decade, by some estimates new vehicle sales could hit 58% by 2035 as more and more people discover the joys of owning an electric vehicle.

Unfortunately, some still believe that EVs aren’t quite there yet and are not considering one for their next purchase. The real questions though are, what is holding them back from buying an EV, and are they correct in that assumption. In this article we will take a look at some of the claims that are being made and how true those claims actually are.

So what should you look at? The entry-level costs. Today, the most affordable new EV is a 2023 Chevy Bolt that’ll cost ~$26,500. That price point is on par with a 2023 Toyota Camry. Will everyone like a Chevy Bolt, probably not and that's ok. There are plenty of sub-$35k vehicles now something unheard of just a few short years ago.

What this means is cheaper EVs are on the way, in all likelihood over the next 2-3 years we will see sub-$25k models, and if you are in the market for a new car now there’s no reason to not at least consider an EV as the costs compared to a mid-level vehicle are now essentially the same.

Cost of Ownership is Higher

This is one that's fundamentally false. There is almost no metric where a gas vehicle, even one with a lower entry point is cheaper to own over the life of the vehicle. When looking at just the cost of ownership ie. fuel, maintenance, etc. EVs come in dramatically lower.

In a 2020 study consumer reports found that EVs offered huge long term savings over gas vehicles. On average, EV owners will spend about $1,000 less on fuel each year when the charge mostly at home. They’ll also save nearly $5,000 over the lifetime of the vehicle in maintenance and repairs, as EVs simply have few moving parts which means less things to break.

All of this and the study came out before many of the lower cost, higher range vehicles meaning the savings today are possibly even better.

Charging is Still a Pain

One of the longest held perceived drawbacks for EVs has been the idea that there is no where to charge one. Depending on your living situation and where in the world you are this might actually be true.

For those living in a single-family home, installing a plug or charging station on your property probably isn’t too difficult or expensive and over the past few years a massive nationwide public charging network has been built out (although these are not a catchall).

However, those living in apartments and condos do have some difficulties as bringing charging into these buildings can be expensive. This is why Orange created the Orange Outlet to drive costs down and give apartment dwellers the same experience that single-family homes get. Today the average cost of installing an Orange Outlet is $1,000 - $2,000 making it nearly the same as single family homes.

Stabilizing the grid is a constant worry with or without EVs. Its a never-ending balancing act that can have some dire consequences if not handled properly, just ask residents of Texas. The logic here is pretty simple, EVs draw a fairly massive amount of power and will further strain the grid. This is relatively true, as there's not hiding the fact that EVs need electricity. What's not true here is that EVs are the sole cause of gird instability. In fact, EVs can actually play a role in helping the grid overall, but we will get to that in a bit. All you need to know is, yes the grid will be strained if every single vehicle on the road magically became and EV overnight.

The reality is that we only just passed the 5% marker for new vehicle sales and its going to be some time before we hit the numbers possible to make that happen. This gives us plenty of time to plan out exactly what we need to do when these vehicles are everywhere. Something that many utilities are already figuring out.

So how can EVs actually help the grid? Well while they are a large draw on the grid we can leverage other battery technologies to help balance the load. For example, throughout the day energy companies constantly have to shed load, where they generated too much power and have no place to store it. This power is completely wasted, but with battery backup systems installed you store that additional energy then use it later in the day when systems need more power.

Essentially we already generate enough power to handle these vehicles en masse, what still don’t do very well is utilize that power efficiently which we can do if we had a large source of battery packs, which EVs essentially are.