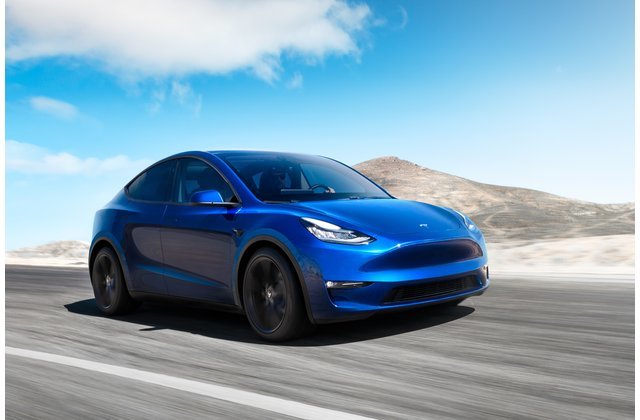 Electric Vehicles Are Not as Expensive as You Think

Date Created:
May 11, 2022
Date Last Updated:
Jun 21, 2022
Electric vehicles have been saddled with some pretty big myths over the past decade, they can't be long-distance, they pollute more, and they are more expensive to repair, all of which have been proven time and again as false. However, studies now show that EVs are actually cheaper to own than a gas-powered alternative.

Electric vehicles have been saddled with some pretty big myths over the past decade, they can't be long-distance, they pollute more, they are more expensive to repair, all of which have been proven time and again as false. However, studies now show that EVs are actually cheaper to own than a gas-powered alternative.

When comparing vehicles, an EV can cost 10% to 40% more than a similar gasoline model. However, the typical savings over the lifetime of most EVs range from $6,000 to $10,000. For lower-priced models, the savings usually exceed the extra money paid for a comparable EV. For example, a Chevy Bolt costs $8,000 more to purchase than a Hyundai Elantra GT, but the Bolt costs $15,000 less to operate, saving $7,000. Luxury vehicles savings can be far greater. The Tesla Model 3 is priced lower than the gas-powered BMW 330i, and priced only about $2,000 more than an Audi A4. But the savings on operating costs for the Model 3 are about $17,000 less. Any way you slice it, over the life of a vehicle EVs are far less expensive and are only getting cheaper to own, operate and maintain.

Oil and Gas Are A Thing of The Past

One of the biggest factors of owning an EV is the simple fact that you will no longer have any use for oil and gas in your car. In the first seven years of ownership, you'll save nearly $5,000 on fuel alone. What makes this even more staggering is we've been lucky enough to have not seen many gasoline spikes over the past decade, however when national gas prices are hovering around $4/gallon the cost savings in a single year can be as high as $1,500. Furthermore, while gasoline has proven a fairly volatile commodity, electricity has remained relatively flat over the past 20 years.

Keep in mind this is all coming mostly before record lows on the price per kilowatt-hour for electricity generation. As the price to generate electricity continues to plummet over the next decade the savings that EV owners will experience only continue to grow. The more renewable sources that end up on the grid the cheaper it will be to operate your vehicle. This is really the tip of the iceberg and if you ever choose to install solar with a battery at your home your fuel effectively becomes free.

With every new vehicle there is the hidden cost of maintenance, for some vehicles ie. luxury sedans this can be quite high, whereas others come in much lower. EVs are no different and some models require a bit more care than others, however, compared to their gasoline counterparts EVs are significantly easier and cheaper to maintain over 200,000 miles. In fact, they are roughly half as costly to maintain than a gasoline-powered vehicle.

The reason for this is rather simple, EVs have about 1/10th the moving parts of a traditional gasoline vehicle. Less moving parts mean fewer things break and require a lot less care. Over the lifetime of the vehicle EV owners can expect to save over $4,700 in maintenance costs.

Does that mean EV drivers never have maintenance woes, of course not, but studies indicate that by the time a vehicle reaches its fifth year EVs cost about $900 a year to repair and maintain, whereas comparable gasoline-powered cars cost about $1,200 and that gap only widens with age.

One of the most intriguing aspects of EV ownership is that the vehicle itself doesn't depreciate in value like a traditional gas-powered vehicle. The old saying that the car drops 30% of its value the minute it drives off the dealer lot simply doesn't apply to EVs.

As the range of the base model EV has risen so too has the resale value, and it's not hard to see why as many Tesla's have flown over the 200,000-mile marker with ease and have had little degradation on the battery. In essence, the cars you buy today may last well over 500,000 miles before you need to get a new one. With the typical American driving between 10,000 and 12,000 miles per year, a single vehicle could last nearly your entire adult life.

While some still see barriers to entry, specifical access to charging (which Orange is actively fixing) it's stopped being a question of if you'll be driving an EV in the future but when. At this point, gas-powered vehicles have a lot fewer advantages and a lot more headaches than EVs.